Clear as Mud: How Tiny Plants Changed the Planet, 488 Million Years Ago

Nearly 500 million years ago, Earth's lowland landscapes were dominated by vast sandy, gritty plains. They then underwent a major, irreversible change, after which these landscapes became dominated by thick layers of mud.

Now, new research from Caltech explains that this drastic landscape change was instigated by the evolution of early tiny plants, like mosses and liverworts. The study was conducted as part of a collaboration between the laboratories of Woodward Fischer—professor of geobiology and associate director of the Center for Autonomous Systems and Technologies—and Michael Lamb, professor of geology. The work is described in a paper published in Science on January 29, 2021.

Prior research posited that large plants with deep roots (like trees in forests) helped hold mud, contributing to a muddy landscape. But several years ago, Earth scientists realized there was a problem with this idea: the rise of mud on Earth began before large, complex plants had evolved. In fact, the only plants that existed at the time of the great increase in mud were groups of small, centimeter-scale bryophytes—an informal collection of non-vascular plants (those that do not have a vascular system, and reproduce via spores not seeds) including mosses and liverworts. How could the appearance of such little plants lead to massive amounts of mud settling onto river floodplains? Graduate student Sarah Zeichner (MS '20) set out to answer this question in the new study.

Lowland landscapes are largely shaped by the movement, mostly by rivers, of mud, silt, and sand. Mud is dominated by micrometer-size clay mineral particles, as opposed to sand, the particles of which are hundreds of micrometers in size and predominantly made of small rock fragments and/or the mineral quartz. The different properties of clay (the main component of mud) and sand dictate the way these materials move within rivers, which affects how they get deposited onto the landscape and preserved in the rock record.

Zeichner hypothesized that the rise of small plants like mosses propelled processes at a molecular level that initiated flocculation of clay in rivers, thus allowing mud to deposit on the landscape.

In a series of laboratory experiments, she and her team simulated how clay particles in mud interact in moving water, to help reveal how these particles could be deposited as mud, rather than staying suspended in water. In the experiments, different clay particles were mixed with organic molecules that have chemical properties similar to those produced by these early plants. The researchers found that only a small amount of organic material was needed to induce clay particles to bind together—to flocculate—and to rapidly settle within the simulated river.

"If you leave a muddy liquid on its own, it stays suspended and cloudy for days," Zeichner says. "The clay is too fine and simply does not settle on a meaningful timescale. But we found that adding even a small amount of organic material acts as a sticky substance to glue the clay particles together, enabling them to form bigger and bigger clumps and thereby more rapidly settle to the bottom of the container."

These experiments can enhance understanding of the rock record. Landscapes will be dominated by the suspended sediment in rivers that settles fastest onto riverbanks. "If you imagine these are then the particles floating in ancient rivers, and that river floods onto the landscape after a large rain or snowmelt, flocculated mud is going to settle out really quickly and create muddier river banks and floodplains. Without flocculation, only the sand would be left behind," says Zeichner.

"For me, this is a big deal, because it's a huge change in the rock record that was made by these tiny, scrappy founding plants, producing molecules that change the way sediment behaves on a global scale," says Fischer. "Before this, the world was like a huge beach."

The research also has ramifications for the modern carbon cycle—the global processes through which carbon is released into the atmosphere or ocean, or trapped underground. Understanding the carbon cycle is critical for making policy decisions to combat climate change.

"With the discovery of this organic-driven mud burial mechanism comes recognition of new profitable connections between the burial of mud and sequestration of carbon in lowland landscapes," says Fischer. "There are many places around the world where the land is subsiding and has been starved of sediment due to the construction of river levees that strictly dictate the paths that water and sediment are allowed to take to control flooding. Knowing that organic carbon promotes the deposition of mud, and vice versa, raises the exciting possibility that land-use decisions for landscape restoration that allow access to fresh river sediment can also promote the sequestration of carbon." Carbon sequestration is the process of capturing and containing carbon to reduce the amount of carbon in the atmosphere, which would ultimately help reduce climate change. 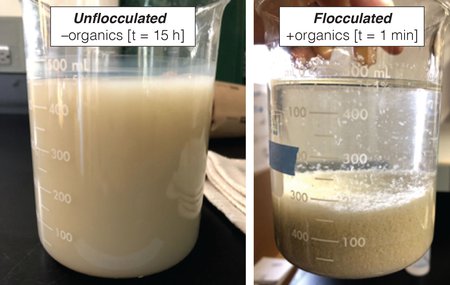 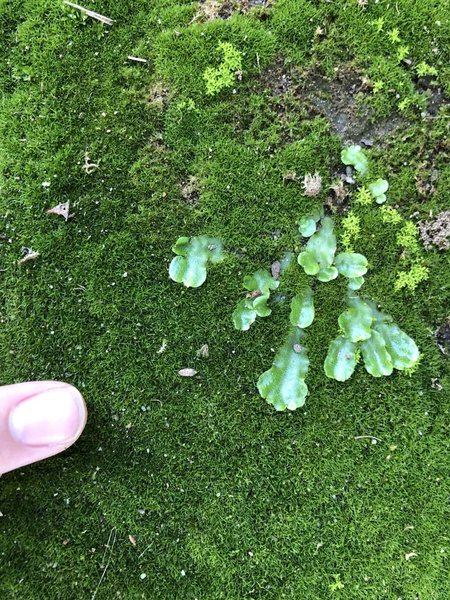 Mosses are a type of bryophyte, non-vascular plants that evolved early in the history of life on Earth, before larger plants with roots. Credit: Courtesy of W. Fischer
Image Lightbox 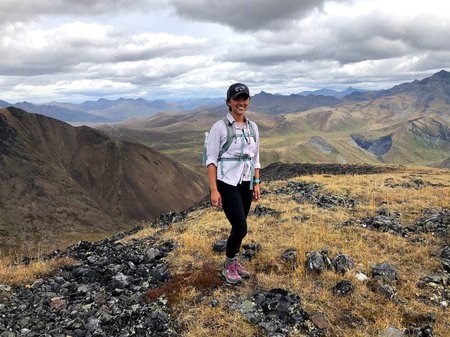