First came the fire, then the rain—and finally, the devastating mud.

In the wake of the largest wildfire in California's history, the December 2017 Thomas Fire, a powerful storm dumped about five inches of rain on the denuded hillsides of Santa Barbara County, triggering debris flows on January 9 that killed 21 people and destroyed hundreds of homes in the Montecito and San Ysidro Creek areas.

Seismologists at Caltech noticed that the rumble and roar of the mudslide was detected by a seismometer about 1.5 kilometers away from the worst of the damage. Significantly, they found that the seismogram generated by the event reveals information about debris-flow speed, the width of the flow and the size of boulders it carried, and the location of the event— results suggesting that the current generation of seismometers in the field could be used to provide an early warning of an incoming debris flow to residents in mudslide-prone areas.

Their study, which was published online on May 30 by Geophysical Research Letters, shows that seismometer readings could potentially have offered some of the residents of Montecito between 5 and 10 minutes of warning on January 9.

The research was led by Victor Tsai (BS '04), corresponding author of the paper and professor of geophysics.

Tsai has long been interested in exploring what information can be gathered from seismometers beyond the usual earthquake signals they were designed to detect. "The motion of the ground can indicate a lot of things, from the detonation of a warhead to the motion of a glacier. The trick is determining what the signal means," he says. As such, he had already started working on a model that predicted what a mudslide should look like on a seismometer, based on existing models of sediment transported by water.

Collaborating with Tsai, graduate student Voon Hui Lai gathered data from the three seismometers located within a few kilometers of the mudslide to search for the signal predicted by Tsai's model. Due to proximity and technical issues, two of the seismometers did not robustly record the slide. The third, however, did. "It wasn't immediately obvious, but after a while, we found it," Lai says.

The signal, a rumbling lasting for nearly 20 minutes, showed up in the 5–10 hertz frequency band, which is at the lower threshold of human hearing. The team was able to determine that the signal was indeed the mudslide based on its timing and by ruling out other potential sources. It almost perfectly matched the predictions made by Tsai's model.

Analyzing the resulting seismogram, Tsai and Lai were further able to show how the signal could be used to estimate key elements of a debris flow (size, speed, and intensity) based on how they influence the shaking of the ground. The signal indicated that the debris flow "snout" (where the largest-sized boulders are) covered about a 50 meter by 50 meter area; that the boulders carried by the flow reached up to around 1.3 meters in diameter; and that the flow speed was about 2.4 meters per second.

Now that they know what to look for and have a model for what the seismogram is indicating, scientists can use this to develop an early warning system based on existing seismometers, Tsai says. "Debris flows move much slower than earthquakes, so we could potentially develop an early warning system that would offer important warnings for residents and first responders," he says.

"Like earthquakes, debris flows occur infrequently and are dangerous to observe directly," adds co-author Michael Lamb, professor of geology. "By measuring ground shaking at a safe distance, our study shows that seismology has great potential to improve our understanding of when, where, and why debris flows happen." 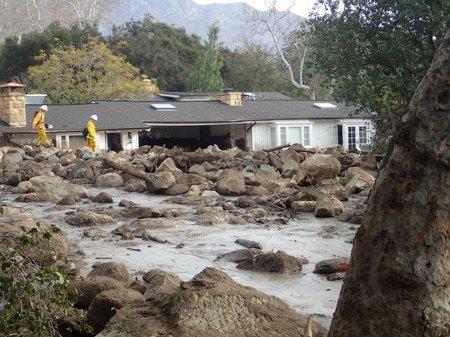 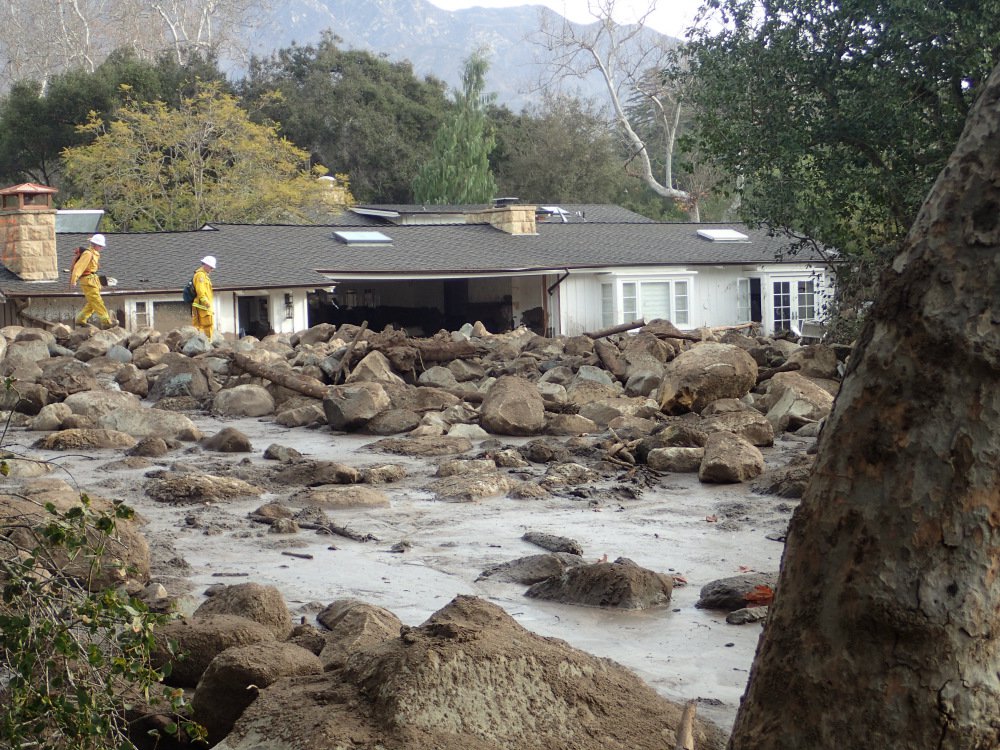